Twitter and Google are once again partners, CEO Dick Costolo has confirmed.

The details of the reformed partnership were not disclosed leaving questions open such as how much Twitter stands to make from the deal ad what kind of content and data would be shared between the two platforms.

Costolo only said, “The way we think about the Google deal is distinct.”
He continued to say that it would be ‘several months’ before any Google searches that would take advantage of the deal made with Twitter.

The deal made with Google has become an important stepping stone for Twitter, which, last year, outlined a strategy to become ‘one of the top revenue generating Internet companies in the world,’ according to CFO Anthony Noto.

Part of the plan is to grow the monthly and daily active users on the social networking site, the rest is plan on diversifying its advertising and discovering other ways to monetise syndicated content.

Prior partnerships have been made between the two companies, the 2009 deal saw tweets displayed in Google’s search results – it ended just two years later.

“In 2011, Twitter didn’t really have as clear a view of its strengths and challenges, and Google believed it could build a great social network, but time has moved on,” CMO of the social media analytics from Brandwatch, Will McInnes, said. “This deal appears to be a licensing deal that gives Twitter revenue and, of course, traffic. And for Google it gives them really valuable time-sensitive content they can index to super-serve their users and put ads against.”

It is likely that tweets will be making a reappearance on search results, which is a huge benefits given Google currently commanding 75% of the world wide web search market, thus remaining a the top for the most-trafficked website on a global scale.

An experimental feature has been a prospect for a while, Instant Timeline – this experiment may eventually serve relevant tweets to all account holders, even those who have logged out.
This is all for the boost of Twitter’s slow-growing userbase.

Will McInnes expects Instant Timeline may be the ‘silver bullet’ the network needs for new users to sign up and add that incremental value.
He says, “If they nail this, perhaps we can expect the user growth that the finance community want to see. And then, and perhaps only then, Twitter get on the front foot as a public company.”

What do you think of the rekindled partnership between the two companies?
Keep up to date with social media and more, follow us on Facebook and Twitter. 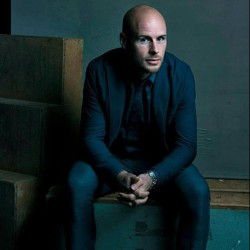